When listening to the ideas coming out of the Republican primaries, my heart stopped for a minute. With the exception of Jeb Bush, it appears that the candidates want to repeal the 14th Amendment. My first child was born in the US to one non-citizen parent. I remember how easy it was to get his birth certificate and passport. I filled out a form in the hospital. They sent it off to the great abyss. A few weeks later, we applied for his US passport. Then we traveled as a family to Israel so he could meet the rest of his family.

I also remember my husband naturalizing. To our interview, we brought pictures of our wedding and of our baby. I had joked that we should dress our baby like this for some of the pictures. 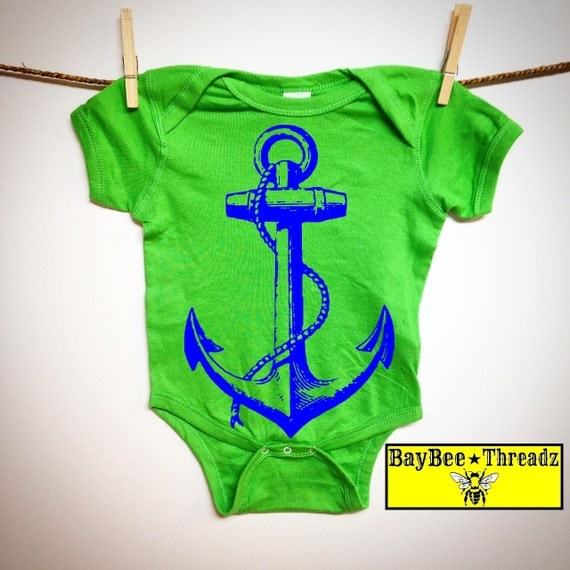 My husband was not amused.

Like the fertile octogenarian, the welfare queen, or the American dream, the anchor baby is a fiction. An anchor is, generally, a heavy object attached to a chain, which, when thrown from a boat, buries itself in the bottom of the body of water to hold the boat in place. The myth of the anchor baby is that having a baby in the US (thus a US citizen baby) will keep the parents from getting deported. That’s just not true. A child cannot apply for immigration benefits for its parents until it turns 21. People are not showing up in deportation proceedings with babies and having the judge say “oh, ok, you can stay.”

My second child was born outside the US to two US citizen parents. Because her parents are citizens, she is a natural born citizen (similar to Ted Cruz*). I remember the pain in the ass it was to get her a US passport. The London embassy was uncooperative and unresponsive. I couldn’t get good information concerning what documents we had to bring to the appointment to prove her eligibility or what the requirements even were. Eventually, the State Department told us that my husband and I weren’t really married. Funny, since we got my UK visa through marriage. The menial office worker at the consulate told us that there was a technical glitch that any other government wouldn’t catch. Well, the US Department of Homeland Security didn’t catch it either, since marriage is how my husband got his US citizenship. I think it was just her making shit up to make things more difficult or stressful for us than it needed to be.**

When listening to the Republican primaries and hearing this idea about requiring new mothers and fathers to have to apply for citizenship for their children, it was like I had flashbacks to dealing with the State Department (though in these cases, as it will likely be done in the US, the paperwork will likely be handled by DHS. Praise God, as they are a lot more competent and able to provide good information). I can’t imagine forcing every new parent to have to provide proof of their own citizenship or immigration status in order to get a passport, for example, for their child (haven’t we learned what a pain in the ass it is to get voter ID? That’s not even when you have a newborn with you).

How does it benefit anyone to revoke birthright citizenship? There is no such thing as anchor babies. How is it a good idea to pretend that they are and force every new parent through the already painfully slow process of applying for visas and citizenship? It’s not like we’re the UK and we have a fast and easy process and we have to worry about who is entitled to NHS care. Maybe it’s just me–because I’ve been through what can be the headache of the US immigration system when it works like it’s supposed to, I don’t see the point of overburdening the system or parents for a mythical creature.

*I’d like to point out that even if there were any truth to the ridiculous claim that Obama forged his birth certificate and that he was born outside of the US, by virtue of being born to a US citizen parent, he is a natural born citizen. The alternate title to this post is don’t trust birthers on immigration policy issues.

**There was no technical error. Even if there had been an error in our Maryland ceremony, after the ceremony, we lived in Texas as husband and wife and so were married by virtue of Texas’s common law marriage statute and the full faith and credit clause. This was more the consulate having a case of the stupids, but it makes a good story.

I'm a freelance writer living in Baltimore with my husband, son, and two cats. I'm working on editing my first novel. I love reading, traveling, and the cello.
View all posts by emmawolf →
This entry was posted in Uncategorized and tagged 14th amendment, anchor babies, Constitutional law, republican primaries. Bookmark the permalink.