Shattered by Sandra Madera. (I feel like I’m writing a book report.)

I know we’re not supposed to judge a book by it’s cover, but I love the cover. To me, it says “I’m self-published, and I try hard.” I believe the cover was also designed by Ms. Madera, who is apparently a woman of many talents.

Ok, so this short story is about a young lady whose twin sister died in a car accident. But soon, she learns this about the circumstances of her twin sister’s death that make her question how accidental this accident was. I’m having trouble writing a review for what is a mystery/suspense story. I don’t want to spoil the surprise. So I’ll just be vague and speak in general terms about nothing.

From the description on smashwords, I was instantly reminded of Caroline B. Cooney’s book Twins. I remember being really annoyed by that book. I was pissed off by the character that thought he was so clever by creating a pun based on the words slay/sleigh. I remember being pissed at the parents who sent their one daughter to a fancy boarding school then said they were glad it was the one daughter that died. I was really glad Ms. Madera’s story was nothing like this. Except for the whole one twin died thing. And I was glad the parents here were nothing like the asshole parents in Twins.

From the disturbing dreams, I was also kind of reminded of Lois Duncan’s book Stranger with my Face, though I’m not sure why. Maybe it was only because of my expectations. When reading Shattered, I kind of hoped that there would be a supernatural twist to it and the one twin who survived thought she was the other one that died or something that might make sense only in my head. But that didn’t happen.

I was surprised by the ending, and I think that’s a good thing. It kind of came out of no where, but it also kind of didn’t. I don’t know if that makes sense, but again, I don’t want to give anything away. I’ll just say that if there is some inverse rule to Chekhov’s gun, it wasn’t violated.

My biggest, or maybe only, complaint with this story, was, in my opinion, an over use of a particular descriptive phrase. IIRC, everyone who had their skin tone described had caramel-colored skin. It’s obviously entirely possible for everyone to look the same, but it could have used with some spicing up. With so many caramel people, I began to think that maybe the story took place in Candyland. 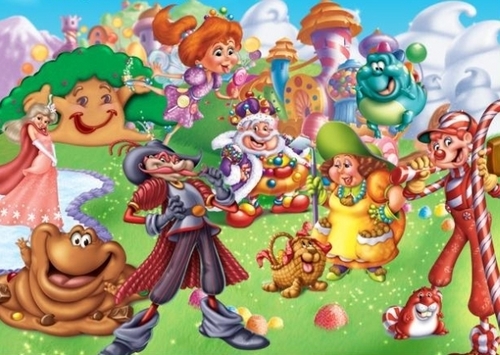 I stuck your sister in my fungeon then lashed her with licorice whips.

I'm a freelance writer living in Baltimore with my husband, son, and two cats. I'm working on editing my first novel. I love reading, traveling, and the cello.
View all posts by emmawolf →
This entry was posted in reviews and tagged book reviews, orsp, reading, sandra madera, self-published, young adult literature. Bookmark the permalink.