1. Dirk from the Devil’s Own. So few people have heard of this book. It’s an Australian young adult book by Deborah Lisson. This was my first crush on a literary character. I loved how he took care of and defended Julie and fought bravely. Oh, and period sailor boy. Swoon. Too bad he looks goofy on the book jacket. 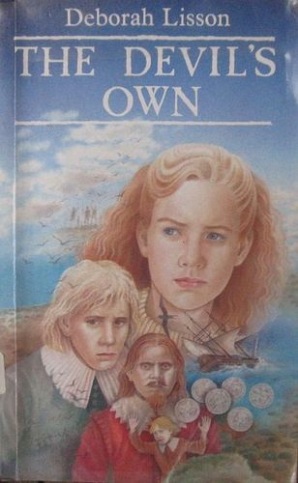 He’s the blond. Not the beady-eyes one. The scary thing is, I’m not sure if that one is supposed to be the villain or the good guy.

2. Maxim de Winter from Rebecca. Yeah, that’s right. I have a literary crush on a guy who killed his wife, and I shudder every time I read “can you look me in the eye and tell me that you love me now?” In my defense, Maxim’s murder of his wife seems like the type of murder Fannie Flagg was talking about in Fried Green Tomatoes when she said (and I’m paraphrasing here) her character would rather be neighbors with a murderer than a thief because thieves will steal whatever they can but the murderer just wants to go after the one who did him wrong. Maxim isn’t a violent woman-hater, Rebecca was just a jerkface. He’s not as bad as say, Mustafa Sa’eed or Othello.

3. Imriel from Kushiel’s Legacy. I crush on him like middle schoolers crush on the dark emo types who they think they can fix or make happy. Poor brooding Imriel. Let me fix you. 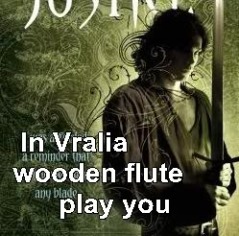 4. Peeta from the Hunger Games. Does this really need an explanation? He’s the boy with the bread.

5. Girl-crush on the Marquise de Merteuil from Les Liaisons Dangereuses. Maybe this is the wrong take away from the book and de Laclos was trying to make her into a horrible villain and deserving of her fate, but I love how she took control of her own sexuality and fate. I freely admit she was a bitch too.

What book characters do you have a crush on?

I'm a freelance writer living in Baltimore with my husband, son, and two cats. I'm working on editing my first novel. I love reading, traveling, and the cello.
View all posts by emmawolf →
This entry was posted in Friday Five and tagged Daphne du Maurier, Friday Five, Kushiel's Legacy, reading, the Hunger Games. Bookmark the permalink.